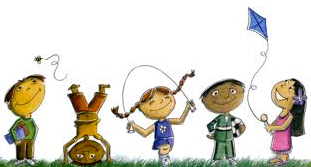 It is with great pleasure that I continue Affective Language Acquisition Stages, a collection of 5 posts that explore  the stages of pre-production, early production, speech emergence, intermediate fluency, and advanced fluency through an affective perspective. We will explore how language teachers can interact with young learners to provide them a supportive, meaningful, and productive language environment.

These posts reflect the pedagogic work done at Juan Uribe Ensino Afetivo, a language school where children learn English affectively through play in small groups. The strategies presented below have been developed and refined for 20 years and I understand that they might require adaptation to be implemented in other realities.

Make sure you read the silent period post before reading this one, so you can understand how children have developed to be ready for their early production.

Ready or not, here we come!


We want our young learners to feel and think the following during this stage: 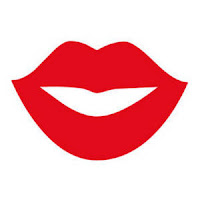 I say what is important to me.

I remember words and I know how to say a lot of things on my own and with the help of my educator.


That's why the smiling mouth was chosen to symbolize this stage.


In the early production stage students are somewhat familiar with English as they have been taught relevant language during their silent period.  They can now understand simple commands and routine sentences directed to them totally in English and novel sentences involving known or new words with the support of extra-linguistic such as gestures and pointing. Learners still need frequent repetition and  linguistic modifications to make language understandable. Remember that students can only learn what they can understand, which is the language in the zone of proximal development (i+1 in Krashen's theory). Exposing children to language above their current level will only create the demotivating feeling that the language is too hard.

In early production young learners start playing with language by producing spontaneously in English.  They say words, put 2 or 3 words together, give simple commands, and say high frequency sentences. Children are also able to produce longer sentences with 5 or 6 words with the adequate support of the educator.

Here young learners start to develop their receptive and expressive language in the following domains:
Semantics –  how things and actions are called
Pragmatics – why, when, and how to use language
Grammar –  how to build sentences to express precise meaning

Students in early production can:

Typical production at this stage:

Na house da minha grandmother tem um cake que é delicious.
What's this?
Catch the car for me, please
May I go to the bathroom?
This cake is good?
Where you go in Italy?
How do you play this game? ( with help)

Educators should focus on:

Engaging in meaningful conversation as a way of using English during the whole class.

Enabling students to communicate their ideas at their own pace, with or without support.

Fostering a positive and dynamic environment in which students produce with confidence, autonomy and pleasure.

Educators are expected to:

·      Speak only in English, using the native language only for clarification of “hard” words
·      Ask WH questions in order to elicit more structured language (avoid yes/no questions)
·      Retell stories in order to expose students to the same language on different days
·      Tell personal stories as a way of making students interested in narrative
·      Start subtracting gestures and pointing while talking about known language to the student
·      Offer chance for the student to produce when language is known, with or without support
·      Encourage children to take risks and to play with the language
·      Work intensively on their articulation by putting their sentences together
·      Propose guided activities in which children can speak only in English
·      Work on narrative and articulation by frequently working with rhymes, songs and jazz chants
·      Expose children to recorded material to presenting other listening sources than the educator

1.     Two-answer questions: this resource helps learners to produce in a very safe way by choosing and repeating one answer which was just said. In early production the length of answers can be increased to 3 or 4 words.
Example: T: Is this a good idea or a bad idea?
T: Would you like to play with this game or read this book?

2.     Receptive Rephasing: here we provide students models totally in English using their own language. It's essential that their language is presented in a communicative way, which engages them in meaningful conversation. This is a great way to present them language once there is no need for translation or for the use of gestures.
Example:  S: Eu tenho one robot.  T: I have a robot too! What is your robot's name?
S: I game play! T: Yes, let's play this game. This is a fun game to play!

Attention with echo in receptive rephasing, that does not continue a meaningful conversation.
Example: S: Eu gosto de Pokemon. T: Oh, you like Pokemon!

3.     Active Rephrasing: students in early production can be invited to produce their own language in English through this powerful technique. As in an invitation, students choose to accept it or not. Accepting means copying the model given by the educator and saying their own words in English. Teachers can invite students with short sentences with up to 4/5 words in one single chunk. It's essential that the chosen sentences come with a lot of expression by the part of the learner. Sentences should also be put in first person for students.
Example: S: Achei a cabeça do porco! / T: I found the pig's head!
S: Eu acho que a minha mãe chegou . T: I think my mom arrived.

4.     Zoom in:  we should let children say in English what they already know. This can be done by giving the first syllable if it's a word or a command and reapeating the student's sentence and stopping before the word they know.  The zoom in technique will influence them to say these words spontaneously in English the next time. Note that the student should know the word you are trying him or her to remember and use in English.
Example: S: Eu quero o black. T: I wa....   S: I want the black.
S: Cadê o green crocodile?  T: Whe...   S: Where is the green crocodile?

5.     TPR production: another way to help children to produce in English is by making the gesture that will trigger them  to remember the very same language that was taught with that gesture through TPR teaching. You can only make gestures that the students know the meaning.
Example: S: Vem aqui. T: (makes the gestures for come and here)  S: Come here
S: Tá quente! T: It's (makes the gesture for hot) S: It's hot!

7.     Inducing:  we can  invite students to produce the language they need even it they do not say it in their native language. Here interactions should again be in the first person.
Example: S: (Licks himself after eating a piece of cake)
T: Delicious cake!
S: Delicious cake!

8.  Modelling: with this technique we invite children to produce without using their own language, but here presenting your wish or opinion. The child will usually substitute a word to express his/her idea.
Example:  T: I want to be green.
S: I want to be red.

9.     Expansion:  we can grow sentences learners produce only in English by adding words, pronouns and anything that could be missing or can refine meaning. By continuously modelling and expanding on students' sentences, learners will be better prepared to produce longer sentences in the future. We present language with active rephrasing as if the student had said the full sentence in their mother tongue.
Example: S: Wait.
T: a little bit.
S: Wait a little bit.

10. Fooling: here we receptively rephrase/ actively rephrase or use backward build up to exchange a word a student said in his/her language. We basically put a different word as "trap" for them to notice before saying the sentence. This is good way to make sure that they are always aware about what they are actually saying. Again, students should be able to quickly notice the odd words and correct the sentence without great effort. When they don't, you can just repeat what they have said for them to notice the "trap". Great fun!
Example: S: Eu não tenho medo de cachorro.
T: I'm not afraid
S: I'm not afraid
T: of cats
S: of DOGS, not cats!

You might zoom in a word that students do not know. This will make them try to remember it and come with the “Should I know this?” face. This great vacuum that was created will make sure students remember the new word.

Start the backward buildup with the most significant chunk, even it is the first one. Yes, the name would be forward buildup then!

You can reinforce the presentation of language by spiralling it.  You do it by getting two words or a piece of sentence and rotating your sentences around them before continuing the conversation.

Notice that "oysters" was said 6 times and all of them were done in a communicative way!


Wow, another long post!
Happy that you are still here with me!
Do you have young learners in early production?
Does all this that I presented here make sense to you?

Send you a big hug,

I invite you to read the next post in Affective Language Acquisition Stages: Speech Emergence.


Thanks to Faten Romdhani, Maria Bossa, Shelli Worgan, and Ika Chieka for the lovely comments on the silent period post!  Your comments energize me to keep writing and sharing!